Discover Normandy for your next holiday at the Camping Les Îles.

Discover Normandy and more specifically, the Department of the Manche, for your next camping holiday. A dynamic region where life is good. Facing the Channel Islands (Jersey, Guernsey) and facing the CHAUSEY Islands, landlocked in the sea by its dozens of miles of beaches that display purity and wild beauty, the Cotentin in Normandy, offers to discover its natural wealth and diverse cultural infinite. 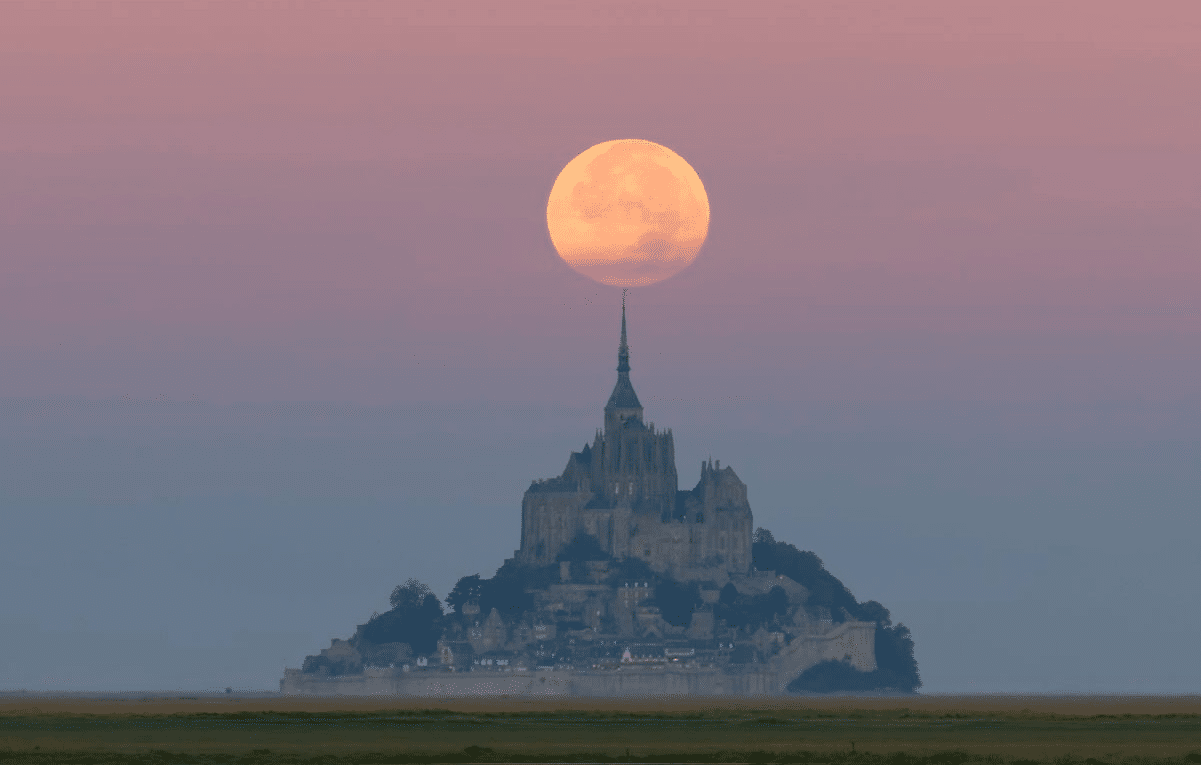 Come admire the most beloved monument of the French and foreigners! With 1300 years of history, The Mont Saint-Michel is a must-see site to visit. Located on a rocky island and surrounded by a beautiful bay, young and old will be charmed. Visit the Mont Saint Michel and its bay, classified since 1979 as a UNESCO World Heritage Site.

To live a unique experience, we recommend you crossing the bay on foot with a guide.

OUR ADDRESSES FOR CROSSING THE BAY:

A family business founded in 1994 which aims to introduce visitors to the natural and cultural heritage of the Bay of Mont Saint Michel by perpetuating the tradition of "Passeur des grèves". An unforgettable ride to experience with family or friends.

Discover the bay of Mont-Saint-Michel in a different way with an independent guide, Ludovic for a lively and commented discovery with a smile !

In front of the bay of  The Mont-Saint-Michel and of the Channel Islands, discover Granville, a high place of heritage!

You will love your camping holidays in Granville. Built on rocky heights in the bay of The Mont-Saint-Michel, this place is full of places with charm and raw beauty that you must discover! In the shelter of the ramparts which overhang the high city, go to the assault of the numerous shops of this corsair city, discover its historical monuments like the Casino and visit the Christian Dior museum: Continue this walk until the point of the Rock, which will offer you an exceptional panorama on the sea and the Channel Islands. 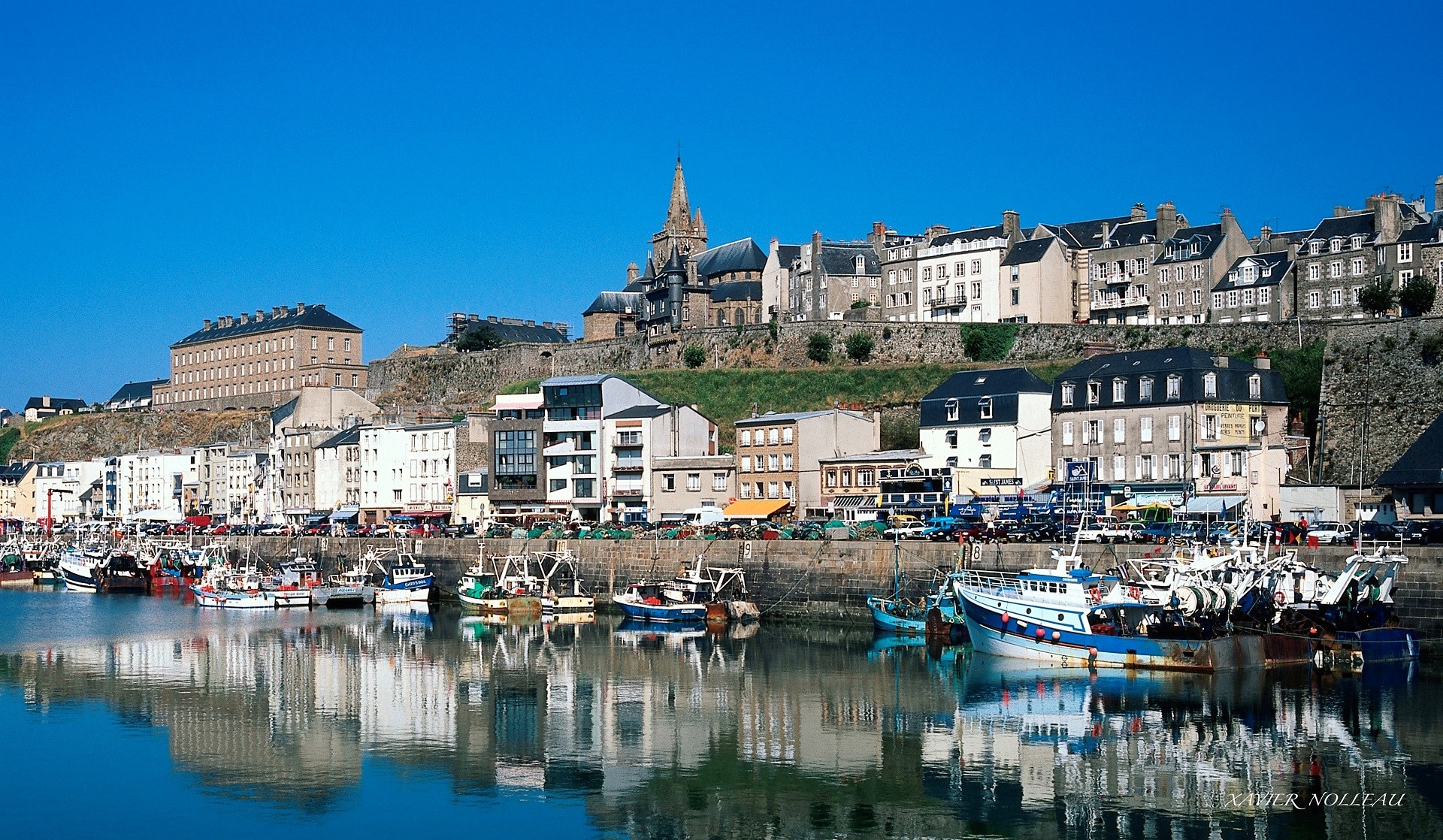 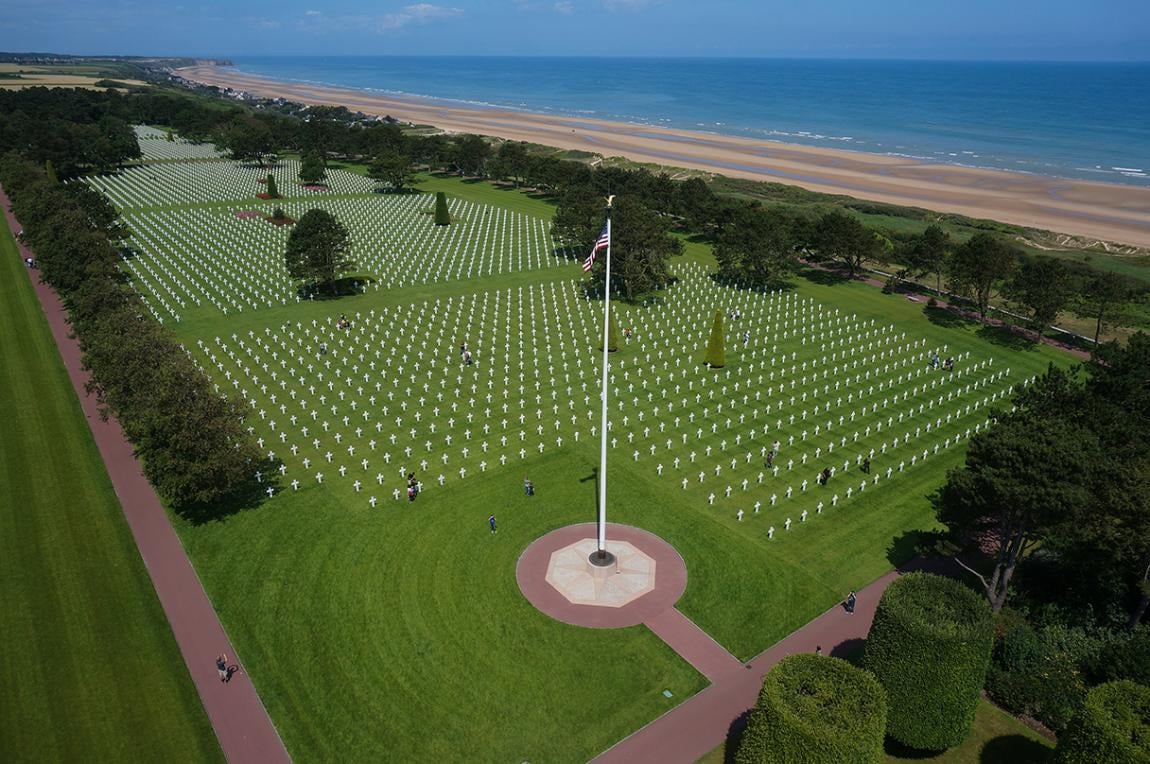 About an hour from the campsite, Utah, Omaha, Sword, Gold or Juno Beache welcome you for a trip in the history of the twentieth century. The beaches of D-Day invite you to reflect with thematic routes, museums and memorials. Discover the small village of Sainte-Mère-Église, strategic crossroads of the 2nd World War. Visit the American Cemetery of Colleville sur Mer and its memorial.

During your camping holidays, discover the largest archipelago in Europe: The Chausey Islands

Only a few kilometers from Granville, take off and discover the 365 islets of the archipelago of the Chausey Islands. Enjoy the sandy beaches of the Big Island and swim in its transparent waters, in the heart of a calm nature and a welcoming ocean flora. Here, experience a 100% nature experience in the realm of birds, seals and dolphins!

TO BOOK your tickets : www.vedettesjoliefrance.com

All year round, embark with the Vedettes Jolie France from the Granville to explore this island. 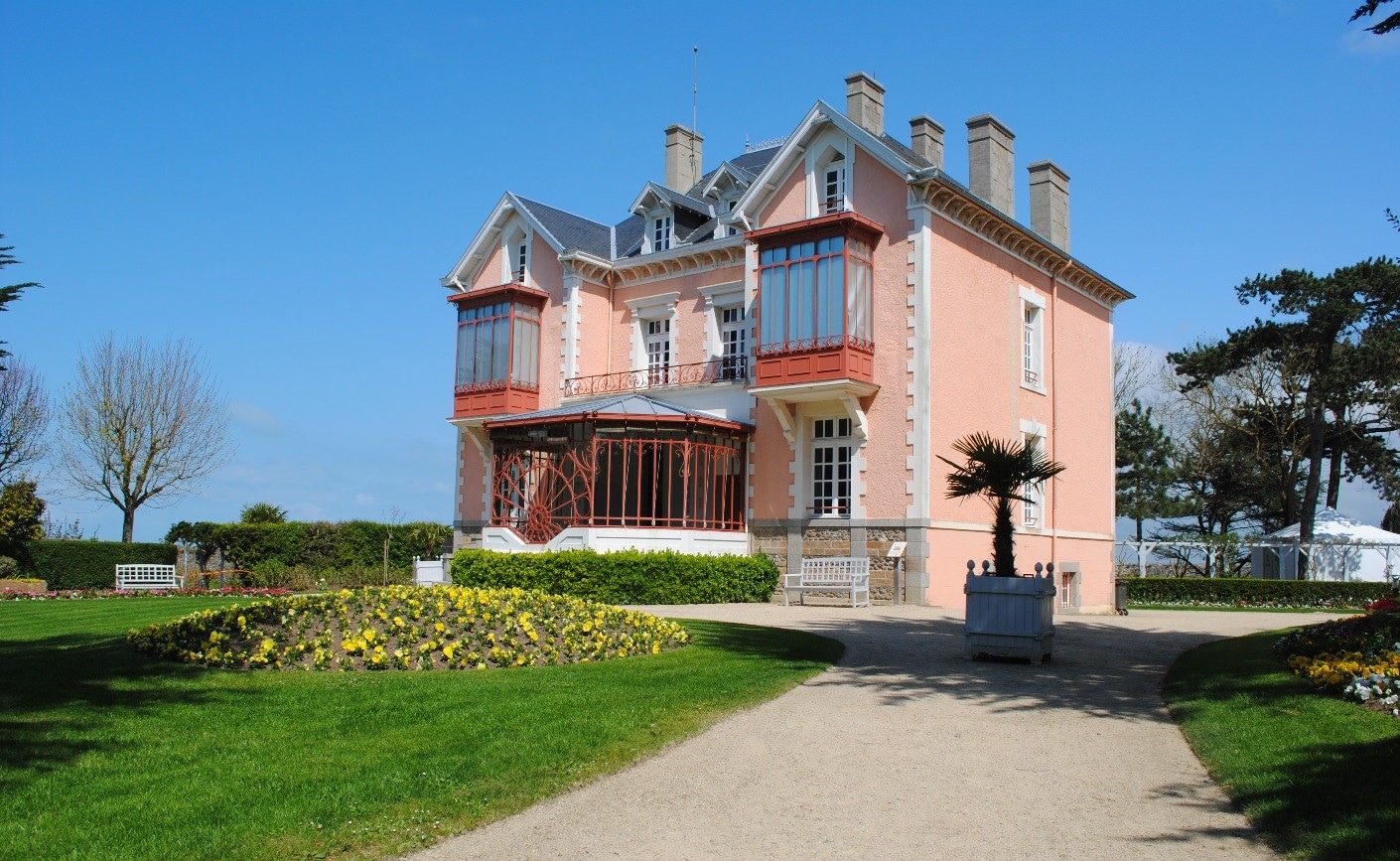 In Granville, the villa The Rhumbs, the childhood home of Christian Dior, built in the late nineteenth century, stands on the cliff facing the Channel Islands.

The Christian Dior museum is one of the only "Museum of France" dedicated to a couturier.
Every year it presents a thematic exhibition presenting the creations of Christian Dior. In June 2012, he obtained the label "Maison des Illustres" from the Ministry of Culture.

A small corner of Britain not far from Normandy! Come and discover the archipelago of the Channel Islands, Jersey, Guernsey. Follow in the footsteps of Victor Hugo on the islands of Sercq, Herm or Alderney, they are a world apart and exotic. These islands enjoy a very large autonomy. Remember that you can always do your duty-free shopping. For thrill-seekers, the Jersey Aeronautical Club offers to take control of a Piper Cherokee and fly to the coast during an introductory lesson. 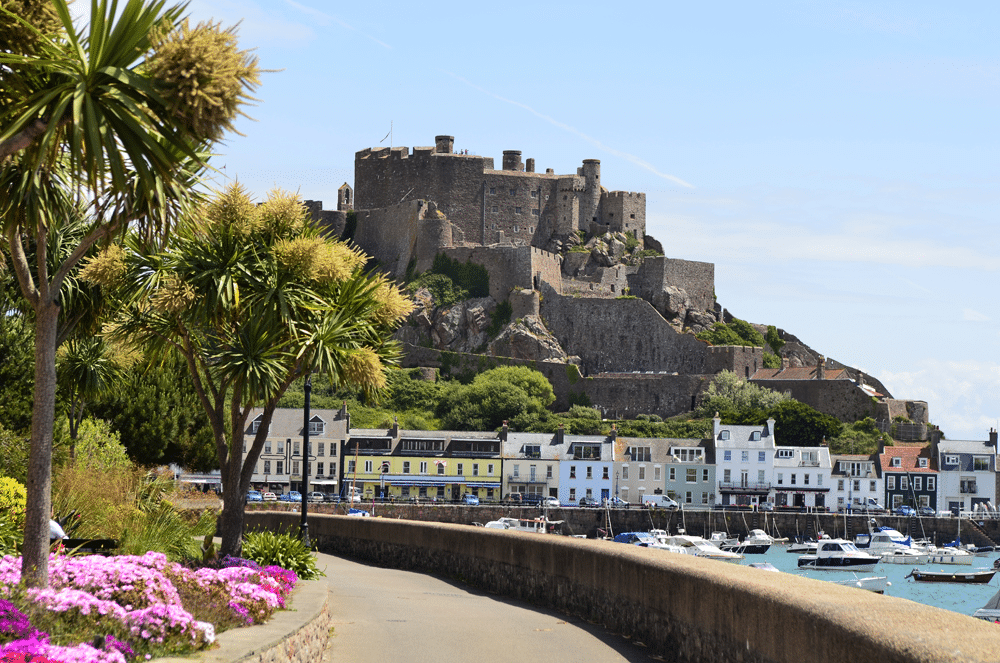 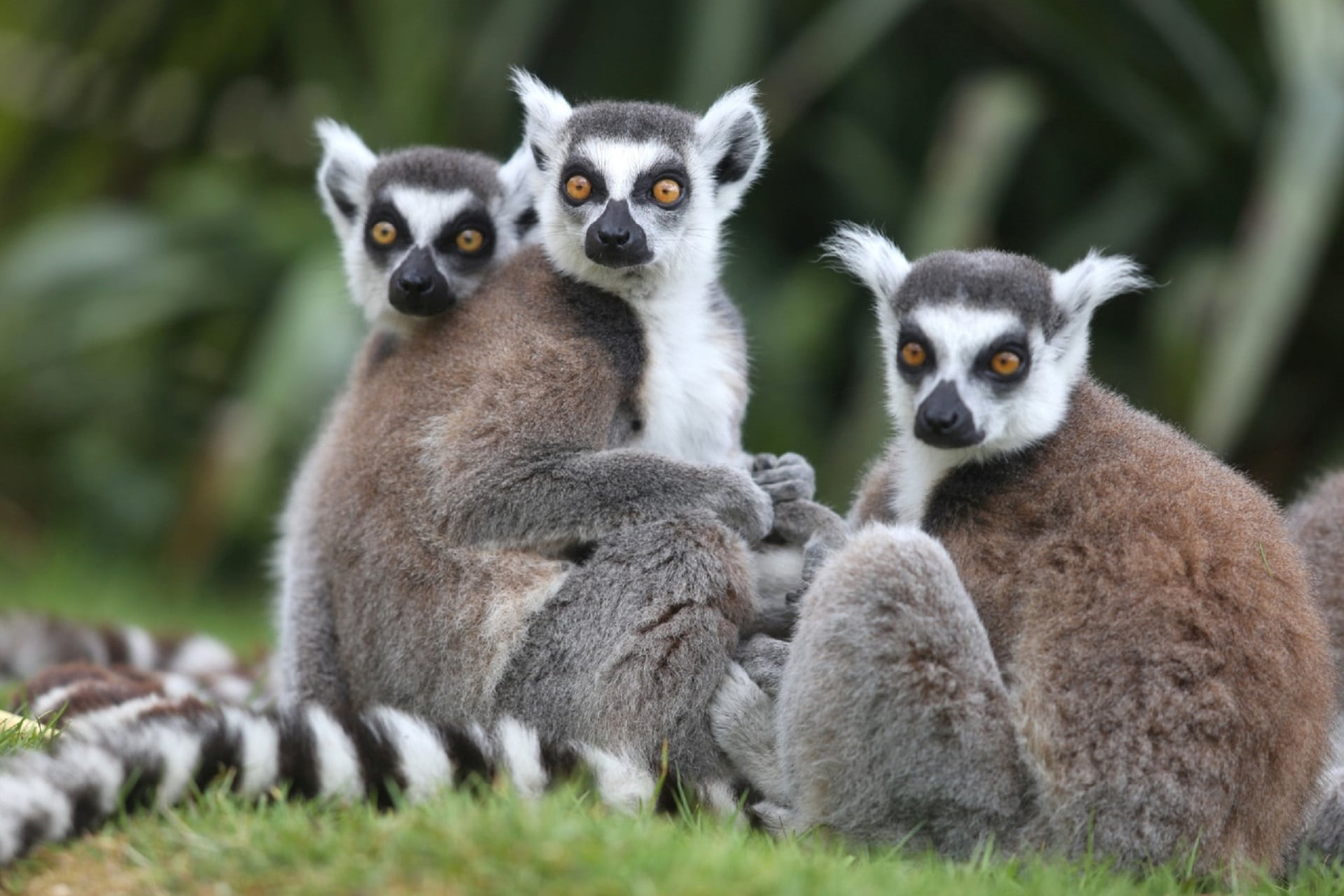 Nearly 10 minutes from Les Îles Campsite , the  Champrépus Zoo, offers a balance between the unique flora and fauna in France. Come and discover its beautiful thematic gardens and more than 60 species of animals. Enjoy tasting red pandas, lemurs, giraffes, otters, penguins and gibbons every afternoon.

The port of Cherbourg welcomes not only ferries from England, but it is also a fishing port and marina. With the largest harbor in the world, it invites you to navigation. Do not miss: the Cité de la mer! Come and discover the fantastic adventure of conquering the deep sea. With its abyssal aquarium of 11 m and its submarine : Le Redoutable. Immediate boarding ! 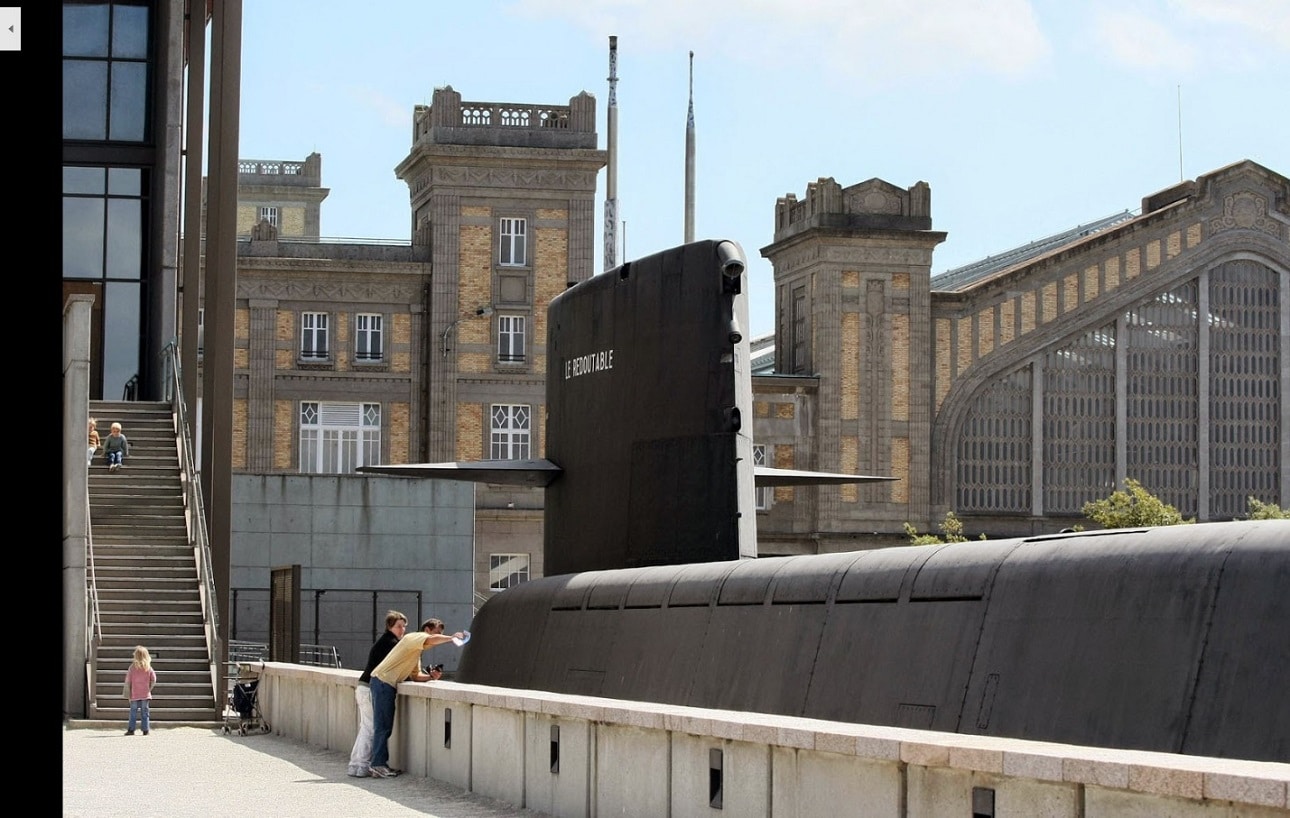 As the reminder of the second part of its name, the town of Villedieu les Poêles is known for its dinning and cooking. It also houses one of the five foundries of Cloches de France, having provided the bells of the Cathedra of Notre Dame de Paris in 2013. These activities inspired one of the two names of the inhabitants of the town, the Sourdins, that the hammering Repetitive copper could have made deaf.

The Abbay of The Lucerne

Restored, and even largely rebuilt, with art, the whole area is a rare harmony. It houses interesting collections, including beautiful relics of the twelfth and thirteenth century and a curious lectern pelican gilded wood.
A particular charm emanates from all parts of the estate, whether in the cloister, soberly planted, in the cellar gilded by the light, or the dovecote that surprises with its curious silhouette.

The Botanical Garden of Vauville

A botanical garden, which in its five-hectare enclosure houses a thousand species of plants, flowers and exotic trees from around the world. Created in 1948, by the grandfather, who traveled a lot for work (in the Roger Gallet perfumery) in distant lands in search of rare and exotic species. Fascinated by the plants of New Zealand, Australia and Tasmania, he imagined then reconstituting a garden of plants of the southern hemisphere at the gates of La Hague, in the North Cotentin!

The Haven of La Vanlée

Classified natural heritage since 1988, the Vanlée haven is located between Agon-Coutainville and Granville. It serves as an estuary at the Vanlée River and is located in the towns of Lingreville and Bricqueville-sur-Mer. Covered with salt meadows, herbs and salt marshes, it is accessible by a submergible road covered during strong tides. Some 150 bird species have been identified. There are also sheep and many rabbits in the dunes as well as many plant species. 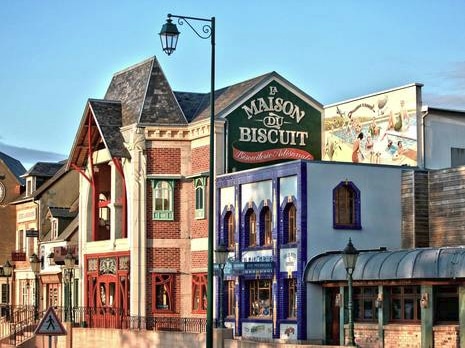 The deliciously sweet flavour of Normandy

And how about taking the children to visit a biscuit factory? You may not recognise all the names, but: Petits Fours Financiers, Palets Normands, Cakes aux Raisins, Galettes Normandes, Langues de Chat and Palets Fins aux Amandes are just some of the fabulous biscuits for which Normandy is renowned. Mouth starting to water? Then it’s time to make a trip to the Maison du Biscuit in Sortosville.

The cathedral is remarkable for its proportions and the purity of its architectural lines. On the remains of the Romanesque building of the eleventh century, Hugues de Morville built in the thirteenth century a Norman Gothic cathedral. The lantern tower is an amazing work. The choir, wider than the nave, is a slender two-storey vessel supported by six twin columns and surrounded by two ambulatory vessels. The main altar, in marble of different colors, dates from 1755. The side chapels are from the 13th and 14th centuries.

Your camping holiday in Basse-Normandy

Discover Lower Normandy and its cultural, historical and architectural heritage!

Given its geographical position on the English Channel this region has always occupied a strategic situation. After having pillaged the Western coasts, the Vikings decided to settle here, before continuing their invasions. It was also the departure point for William the Conqueror, when he crossed the Channel to England in 1066. Its beaches once again entered the pages of history when chosen for the D-Day landings on 6 June 1944, during the Second World War. The Battle of Normandy proved to be a crucial turning point in the War. Today Basse-Normandie continues to bear witness to the many different cultures that passed through or settled.

It was a land of inspiration for those great builders in the Middle Ages as the Mont-Saint-Michel Abbey, Coutances Cathedral and the Château de Carrouges testify to this day. This was where the famous Bayeux tapestries were made, veritable works of art.

Indulge all your senses with the sublime gastronomy of the region. Normandy is home to a cuisine that is as rich as it is generous, its seafood platters piled high with produce freshly fished that morning. For dessert, discover a typically Normandy dish, the Teurgoule. A delicious slow-cooked rice pudding with milk and cinnamon, perfect washed down with a glass of local cider.